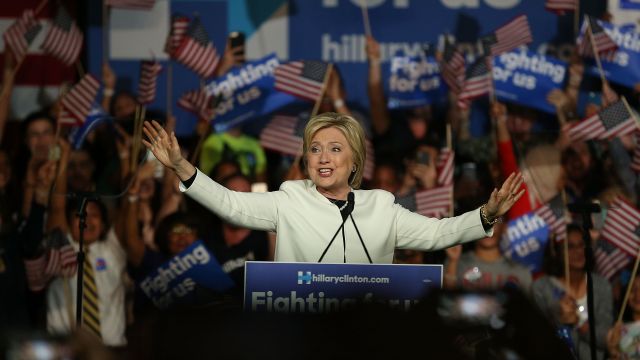 Hillary Clinton has swept up Massachusetts, as predicted, for a big win on Super Tuesday.

Predicted, because leading up to the state's primary, she was polling ahead of Bernie Sanders.

This is a big win for Clinton, and a big loss for Sanders. It was one of the few states the Vermont senator was polling closely behind Clinton.

Clinton was already ahead of Sanders early in the night being projected to win Tennessee, Alabama, Virginia, Georgia, Texas and Arkansas.

This video includes images from Getty Images and clips from CNN and Hillary for America and music from Frenic / CC BY 3.0.