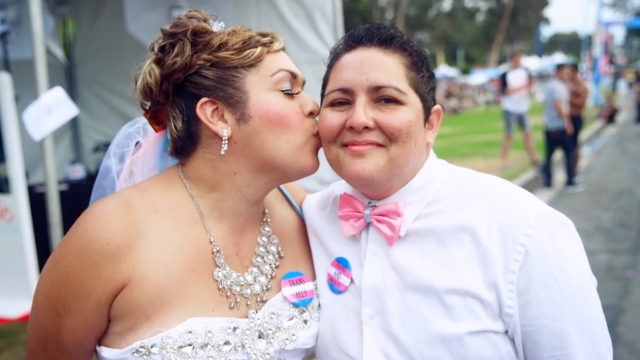 SMS
Here's Why The FDA's New $35.7M Ad Campaign Targets LGBT Members
By Katie Link
By Katie Link
May 2, 2016
According to the director of the FDA's Center for Tobacco Products, LGBT young adults are twice as likely to use tobacco as other young adults.
SHOW TRANSCRIPT

The U.S. Food and Drug Administration is spending a lot of money to get a certain group of people to stop smoking. And by a lot of money, we mean $35.7 million.

On Monday, the FDA rolled out a new ad campaign called "This Free Life." The videos in the campaign target at-risk young adults in the LGBT community.

Researchers say this statistic is partially driven by stress related to "coming out." The FDA also says LGBT young adults are more likely to find community in bars and clubs that may be conducive to tobacco use.

Separate ad campaigns to curb tobacco use target other groups across the U.S.

In 2014, the FDA rolled out "The Real Cost" — a campaign to curb tobacco use among minors. A similarly angled campaign called "Fresh Empire" targeted African-American, Hispanic and Asian youth.

The newest campaign, "This Free Life," will begin to appear in print, digital and out-of-home ads in 12 U.S. markets over the next week. Fees from the tobacco industry are paying for these ads.