Poverty Isn't Seasonal, So Why Is Giving? 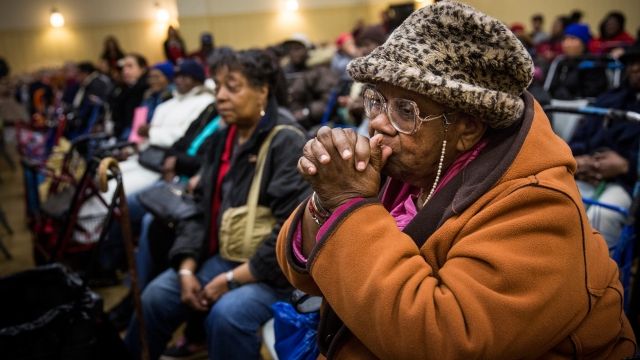 SMS
Poverty Isn't Seasonal, So Why Is Giving?
By Melissa Prax
By Melissa Prax
November 24, 2016
In 2015, more than 43 million Americans were living in poverty.
SHOW TRANSCRIPT

Poverty and hunger affect people 365 days a year. But whenever the holidays roll around, we get really focused on giving.

"Some of the kids go to school that don't eat from the night before. Our lunch might be their last meal," middle school cook Carlita No Runner said.

The U.S. Census Bureau says there were 43.1 million Americans living in poverty in 2015.

How do you plan to help — not only during the holidays, but every day of the year? Let us know on any of our social channels.