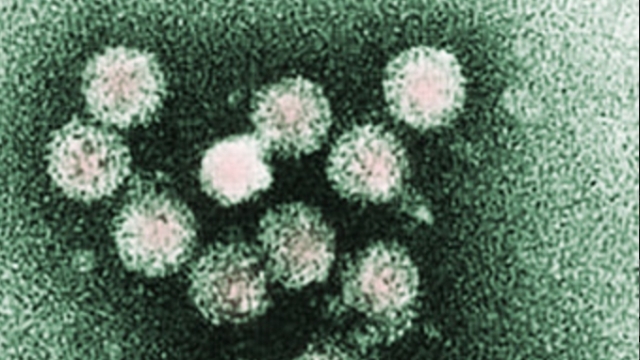 SMS
Hepatitis C Now Kills More Americans Than Any Other Infectious Disease
By Grant Suneson
By Grant Suneson
May 4, 2016
The CDC announced Wednesday that hepatitis C is the deadliest infectious disease in America, killing more people than all other diseases combined.
SHOW TRANSCRIPT

The Centers for Disease Control and Prevention announced Wednesday that one infectious disease now kills more Americans than all others combined.

New data shows hepatitis C killed nearly 20,000 people in 2014. Even more worrying for doctors is that an estimated 3.5 million people in the U.S. have the hepatitis C virus, but half of them don’t even know.

Hepatitis C symptoms, like fever, nausea and joint pain are often too mild to warrant a trip to the doctor, so it sometimes goes undiagnosed.

The virus can usually be knocked out with a 12-week pill regimen, but if left untreated, it can cause cirrhosis or cancer in the liver.

Most of those killed by hepatitis C are baby boomers because the virus was unknown to doctors when they were kids.

The CDC’s Dr. John Ward told CBS "blood banks were not screening the blood supply for hepatitis C and many people got infected that way. Also, health care systems were not as diligent in practicing good infection control."

And most new cases are generally found in young people with a history of intravenous drug use, since the virus is passed either through blood or sexual contact.

The CDC recommends one-time testing for everyone born between 1945 and 1965, and regular testing for those with a high risk of contracting the virus.