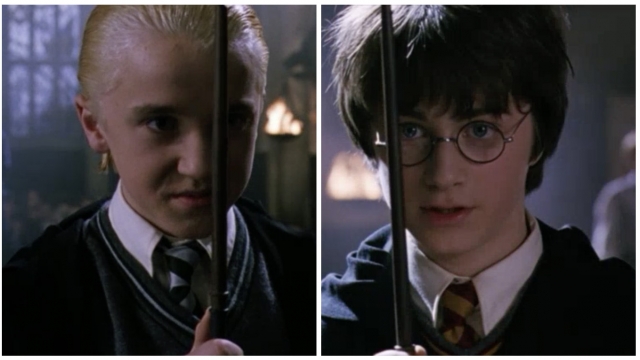 SMS
'Harry Potter And The Cursed Child' Resurrects Malfoy/Potter Magic
By Cody LaGrow
By Cody LaGrow
June 2, 2016
J.K. Rowling revealed on Pottermore that Draco Malfoy and his son will join the cast in her upcoming play.
SHOW TRANSCRIPT

It seems history is to repeat itself in the wizarding world.

J.K. Rowling revealed on Pottermore that the Malfoys are back in both acts of "Harry Potter and the Cursed Child."

It suggests the rivalry is back, too.

Rowling added, "I've got a feeling Scorpius is going to do nothing to turn girls off the Malfoy men."

The Potter/Malfoy relationship is complex.

There's a whole lot of hate.

But it's something we all love to hate.

Previews for "Harry Potter and the Cursed Child" open June 7 in London. And we're ready for all of that Slytherin sass.

This video includes clips from Warner Bros. and images from Pottermore and Getty Images.