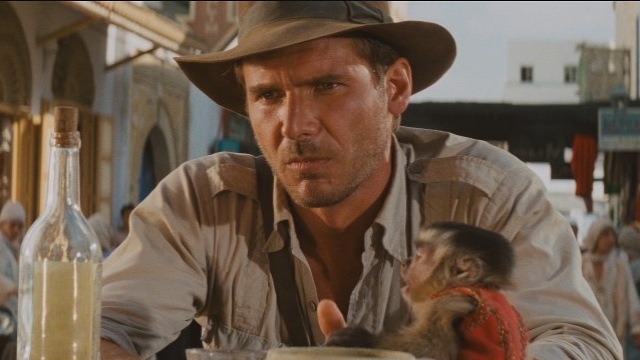 Harrison Ford is about to reprise another iconic role — Indiana Jones.

Disney announced Tuesday that Ford will team up again with Steven Spielberg for the franchise's fifth installment.

In addition to Ford and Spielberg, Kathleen Kennedy and Frank Marshall will return to produce.

The first Indiana Jones film, "Raiders of the Lost Ark," was released in 1981 and is considered one of the American Film Institute's 100 greatest American movies of all time.

As a whole, the four Indiana Jones films have grossed almost $2 billion worldwide over 35 years.

We just hope Ford stays safe on this set. He famously broke his leg in 2014 on the set of "Star Wars: The Force Awakens." You know, aside from crashing his plane into a golf course.

The untitled Indiana Jones film won't hit theaters until summer 2019, which means Ford will be 77 years old when he walks that red carpet. So we have to wonder, will he pass the baton to a younger adventurer in this film?

This video includes footage from Paramount Pictures and Walt Disney Studios and images from Getty Images.