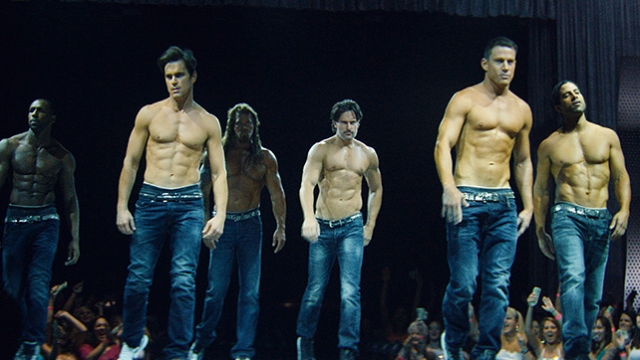 SMS
Grab Your Dollar Bills: 'Magic Mike Live' Is Coming To Las Vegas
By Ryan Biek
By Ryan Biek
May 5, 2016
And Channing Tatum wants your thoughts on what should go into the show.
SHOW TRANSCRIPT

Channing Tatum may actually be trying to steal your girl.

The Hard Rock Hotel & Casino and Cosmopolitan magazine are teaming up to put on "Magic Mike Live," which Tatum himself is going to help direct.

"It should be women-empowering, instead of just, I don't know, about the guys getting naked," Tatum said in a interview on Facebook.

By that, Tatum means a lot of the show hasn't been created yet. He and his crew want feedback first on what viewers are hoping to see.

"... We gotta do some different stuff and have some fun in different ways and make it a little bit more of a conversation instead of just men going up there and trying to tell you what you should think is sexy," Tatum said in an interview on Facebook.

The only thing it seems you can't request is Tatum himself.

He told Cosmopolitan, "If I'm ever in shape enough to do that again, I'll absolutely go out and have a fun night or two."

And every woman in Vegas may show up if he does.