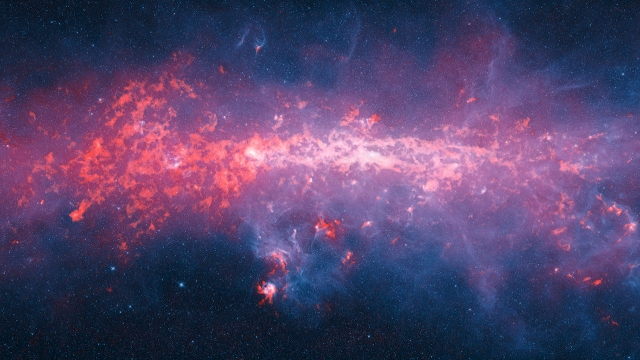 SMS
Gorgeous New Milky Way Image Maps Our Galaxy's Dust
By Steven Sparkman
By Steven Sparkman
February 24, 2016
Astronomers have released an image of the Milky Way that maps some of the largest structures in the galaxy, including nebulas and the galactic center.
SHOW TRANSCRIPT

Astronomers have unveiled a huge, gorgeous new image of the Milky Way. It's the result of the ATLASGAL project — a complete survey of our galaxy's interstellar dust. That's right. Dust.

You can think of the new image as a portrait of the Milky Way, but from the side. So it's a very long and thin photo, but incredibly detailed.

The highlights you can see include nebulas where stars are being born and the crowded galactic center, which surrounds a supermassive black hole.