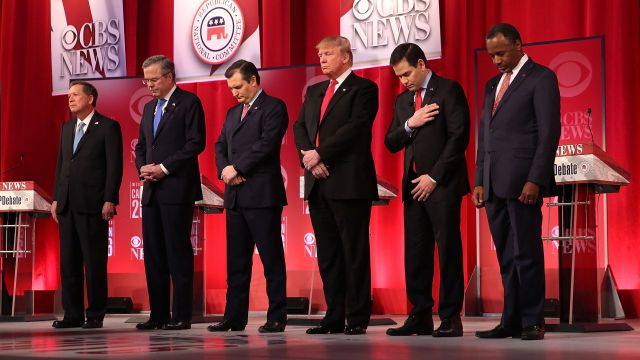 "Please join us and the candidates on stage in a moment of silence for Justice Antonin Scalia," CBS moderator John Dickerson said.

The sudden death of Supreme Court Justice Antonin Scalia cast a long shadow over the ninth Republican Primary Debate. The six remaining presidential candidates each offered some remembrance for the late justice.

A Reagan-era appointee, Scalia was often considered the court's most vocal conservative voice. Soon after his passing, Republican leaders were quick to praise his strict Constitutional literalism and eloquent legal opinions.

Underneath that praise runs an undercurrent of concern. President Obama is constitutionally responsible for nominating a successor to Scalia, but several presidential candidates are calling on the Senate to block any new nominations until after the 2016 election, when there's a chance a Republican will be able to pick Scalia's replacement.