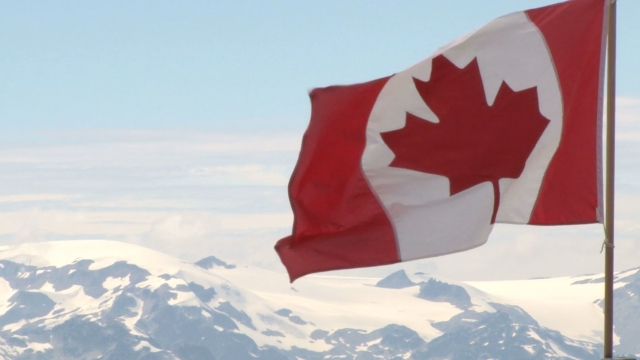 By Ryan Biek
March 2, 2016
Searches for a way north of the border jumped 350 percent during the Super Tuesday primaries, according to Google's data editor.
SHOW TRANSCRIPT

America might be on the verge of its second "lost generation."

During and following the string of primary elections on Super Tuesday, Google saw huge spikes in searches for "how to move to Canada."

Massachusetts residents searched the phrase the most — followed by Washington, New York and Texas.

Republican candidate Donald Trump took almost 50 percent of the vote in Massachusetts. Granted, the state has historically leaned left, so his percentage may be less representative of the state's views as a whole. Hillary Clinton edged out Bernie Sanders in Massachusetts.

Trump actually lost to Ted Cruz in Texas, while Clinton came out on top on the Democratic ballot. Neither Washington nor New York had primaries of their own Tuesday.

We don't have any data on the political views of those who searched for a way out to Canada, so we can't be certain they're running away from any one candidate, as many media outlets believe.

But perhaps the volume of the search, in general, shows Americans have become so divided, they're thinking leaving is more realistic than working together.

This video includes clips from CNN, MSNBC and Hillary for America, and images from Getty Images.