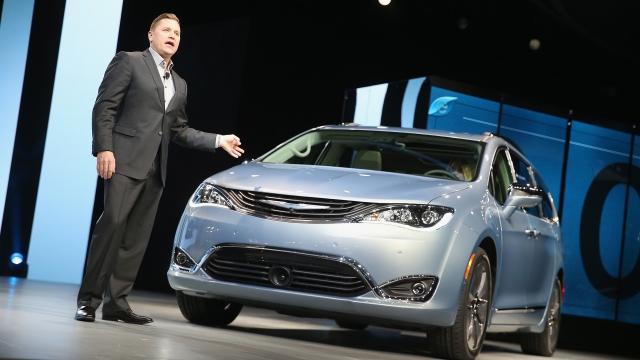 Google is partnering with Fiat Chrysler to put a fleet of self-driving minivans on the road.

The plan is to modify 100 Chrysler Pacifica hybrid minivans with Google's self-driving technology. Right now, it appears the two companies are only readying the cars for testing, not for widespread consumer use just yet.

This marks Google's first major partnership with an automaker. Along with its own prototype vehicle, the company has tested its technology in a modified Lexus RX and a Toyota Prius, but that was done without the assistance of the manufacturer.

So, with the help of Fiat Chrysler, it seems Google will be able to roll out the fleet of Pacificas for testing much sooner.

And this is Fiat Chrysler's first dive into autonomous technology. Before this, the automaker appeared to be far behind competitors in this area, but analysts say the Google partnership puts it right at the head of the pack.

The all-new Pacifica minivan seats eight people, making it the largest vehicle Google has installed its technology in thus far.

It could be a while before either company announces any specific plans to implement the technology. Analysts have speculated Google is interested in starting a ride-sharing service similar to Uber, and given the seating in the Pacifica, this model could be a good fit for that.

This video includes clips from Google and Fiat Chrysler.