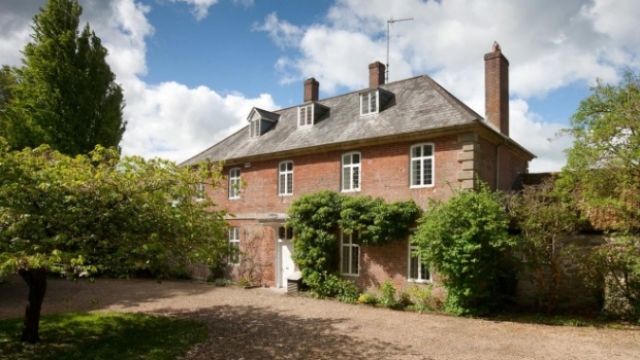 SMS
'Gone With The Wind' Star Vivien Leigh's English Manor Is For Sale
By Ben Lawson
By Ben Lawson
June 17, 2016
The home could be yours for only $3.7 million.
SHOW TRANSCRIPT

Now is your chance to live like "Gone with the Wind" star Vivien Leigh.

Leigh's manor home in Lower Zeals, England, is officially on the market. And if you can afford the $3.7 million price tag, it's all yours.

Leigh played Scarlett O'Hara in the film, which earned her an Oscar for best actress. She took home the award again more than a decade later for her role in "A Streetcar Named Desire."

Leigh lived there with her ex-husband Herbert Leigh Holman. The pair wound up divorcing but they stayed close friends, and the actress was described as a constant guest of the house.

The listing says Leigh's "love of gardens and English country houses is very evident to this day." It has seven bedrooms, four bathrooms and sits on more than 15 acres of land.

There are also several stone barns, which the listing says may have been constructed in the 17th century and predate the home.

A tennis court and two cottages are on the grounds.

Leigh passed away in 1967. Her grandchildren currently own the home.