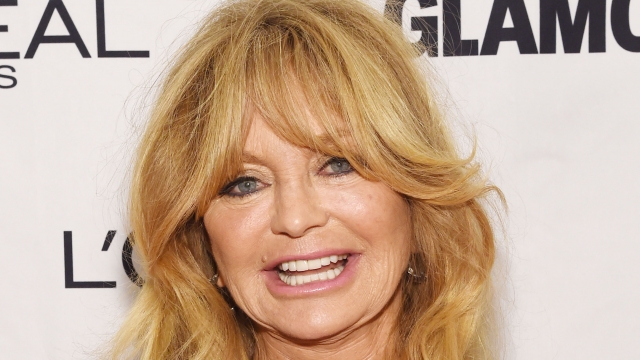 Thanks to Amy Schumer, it looks like Goldie Hawn will return to the big screen for the first time in 14 years.

The two will reportedly play mother and daughter in a Fox comedy. The plot centers around a vacation that's gone awry.

Katie Dippold, a former MADtv writer who wrote "The Heat" and the new "Ghostbusters," wrote the script for the yet-to-be-titled film.

Paul Feig — producer for major blockbusters like "Bridesmaids," "The Heat" and "Spy" — will produce the film along with frequent collaborator Chernin Entertainment.

At this point, we've seen her appear more on daughter Kate Hudson's Instagram than we have on the big screen. Her last film was 2002's "The Banger Sisters."

And even though Hawn's negotiations are still in the early stages, it would certainly be a big comeback for her.