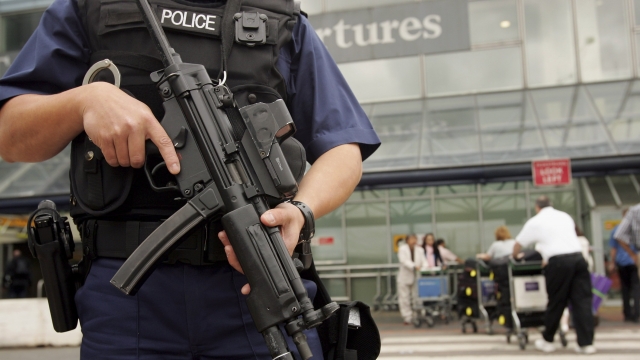 SMS
EU Members Fear Brexit Will Weaken Europe's Security
By Ryan Biek
By Ryan Biek
November 6, 2016
The U.K. has been sharing its information on terrorism and other security concerns with the rest of the continent through Europol.
SHOW TRANSCRIPT

Brexit stands to affect more than just economies. Members of the European Union fear the continent's security may have a "moment of weakness" when Great Britain leaves.

Intelligence gathering is one of the U.K.'s greatest assets, and the country's been sharing its information on terrorism and other security concerns with the rest of the continent through the EU's law enforcement agency, Europol.

But the U.K.'s contract with Europol ends in May. Document's obtained by the Guardian show Germany, in particular, is already pushing for the U.K. to renew its spot.

The problem is no negotiations can take place with the U.K. until it invokes Article 50, the formal announcement for leaving the EU.

Some in the EU fear the U.K. will use its intelligence agencies as a bargaining tool during Brexit negotiations to get more tariff-free markets, freer movement across borders for British citizens and more.