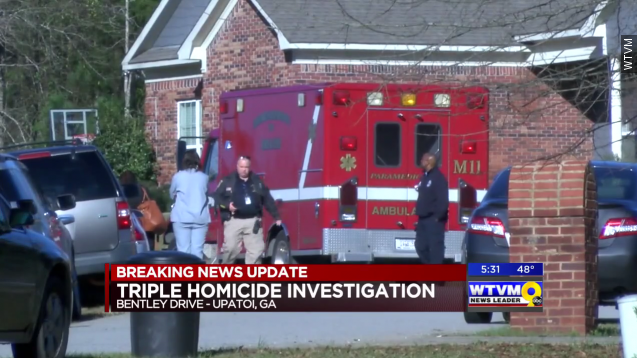 SMS
Georgia Grandfather Returns Home To Find 3 Family Members Killed
By Briana Koeneman
By Briana Koeneman
January 5, 2016
The grandfather arrived at his home in a village east of Columbus, Georgia, on Monday morning and found each of the three bodies in different rooms.
SHOW TRANSCRIPT

A Georgia man found his wife, son and granddaughter dead in his home when he returned from work Monday morning.

According to the Columbus Police Department, officers were called to the house after the man, whose name is still withheld, found the three bodies. Authorities say he had just returned home to the village of Upatoi, which is east of Columbus, from his job as a nurse. (Video via WRBL)

Muscogee County Coroner Buddy Bryan told local media the three bodies were found in different rooms in the house and that the family members appeared to be killed in a "brutal" way. (Video via WLTZ)

Police say the bodies will be sent to Atlanta for an autopsy Wednesday. The investigation into the incident is ongoing. (Video via WTVM)