Gene Wilder, Star Of 'Willy Wonka' And Many, Many Others, Dies At 83 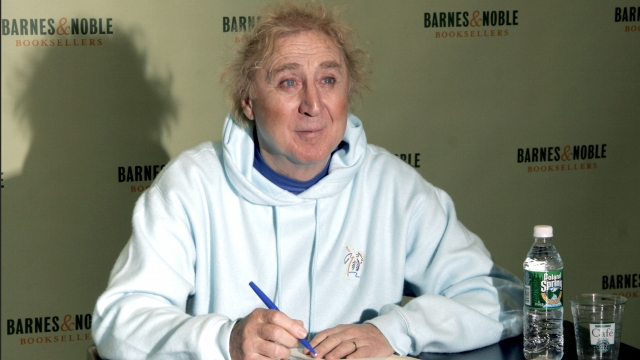 SMS
Gene Wilder, Star Of 'Willy Wonka' And Many, Many Others, Dies At 83
By Grant Suneson
By Grant Suneson
August 29, 2016
He died of complications related to Alzheimer's disease.
SHOW TRANSCRIPT

Legendary comedic actor Gene Wilder has died from complications related to Alzheimer's disease, his family said. He was 83.

Born Jerome Silberman, Wilder started his career in the 1960s. He became well known from his collaborations with Mel Brooks on films such as "Blazing Saddles," "Young Frankenstein" and "The Producers," which earned him an Oscar nomination for best supporting actor.

Mel Brooks tweeted that Wilder was "One of the truly great talents of our time. He blessed every film we did with his magic & he blessed me with his friendship."

Maybe his most famous role came in 1971, when he starred as the eccentric candymaker in "Willy Wonka and the Chocolate Factory."

Afterward, he appeared in another successful series of collaborations with Richard Pryor.

After his wife Gilda Radner died in 1989 from ovarian cancer, Wilder worked to raise awareness for the disease. He remarried in 1991, and is survived by his wife Karen Boyer and his nephew.