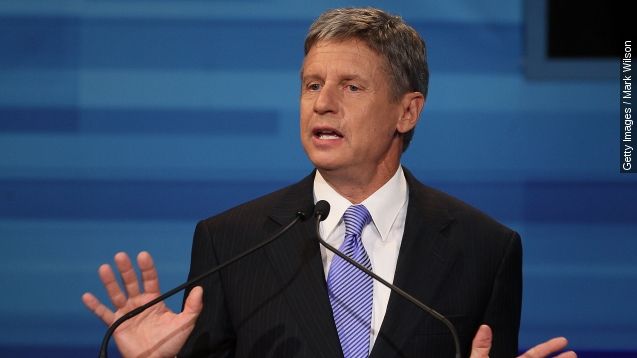 "Well, Neil. I want to take this opportunity to announce my candidacy for president. I am hoping to get the Libertarian nomination for president in 2016," Gary Johnson said.

Gary Johnson took to "Coast to Coast" on Fox Business' to announce he's running for president as a Libertarian candidate.

Johnson, a former governor of New Mexico, ran for president before, so this isn't his first dip in the presidential pool.

In the 2012 election, he ran for the Republican nomination. After losing that to Mitt Romney, he ran as a candidate for the Libertarian Party. He ended up with just shy of 1 percent of the total electorate's votes.