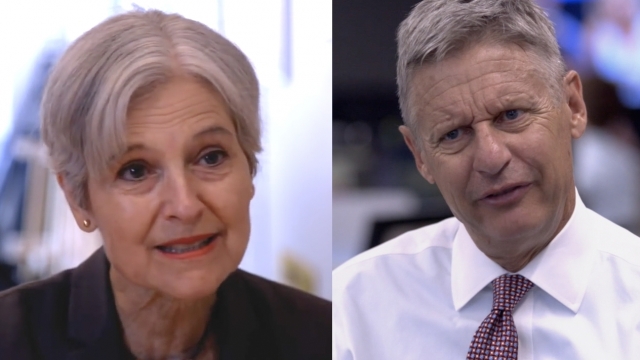 The commission that runs the presidential debates just made the cut for the first debate, and the third-party candidates aren't going to be on the stage.

The Commission on Presidential Debates required candidates to be polling at 15 percent nationally in five major polls in order to debate. Libertarian Gary Johnson was averaging about 10 percent in the polls, and Green Party candidate Jill Stein was averaging less than 4 percent.

The first presidential debate is scheduled for Sept. 26. The commission invited Hillary Clinton and Donald Trump to debate.