How Clay Stoves Can Help The Environment In Places Like Malawi 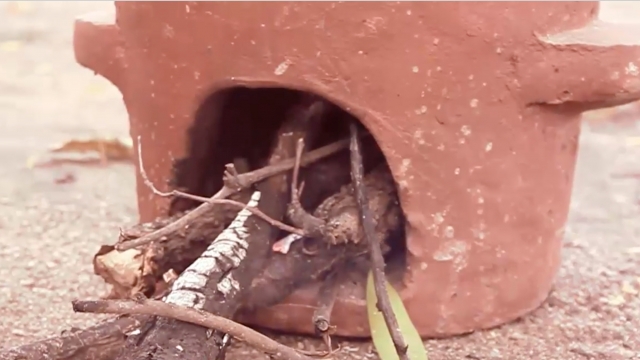 SMS
How Clay Stoves Can Help The Environment In Places Like Malawi
By Melissa Prax
By Melissa Prax
August 13, 2016
Fuel-efficient stoves could ease a lot of dilemmas in some parts of the world, like helping people breathe cleaner air.
SHOW TRANSCRIPT

An aid group in Malawi is teaching these villagers how to build fuel-efficient stoves out of clay to use and distribute.

The country's population is rapidly growing, and so is the need for wood. But with more people, the need for that wood increases.

SEE MORE: This Vietnamese Slum Gets Electricity From Plastic Buckets

"Previously, we used to use one bundle of wood in two days," a Malawi villager said. "With fuel-efficient stoves, we will be using only one bundle of firewood per week."

Using less fuel can reduce the environmental impact and help people in poor communities save money.

But because clay stoves are made out of clay, they're fragile and need regular upkeep. Plus, they're heavy.

Yet a contained fire, compared to an open one, can help keep people healthier by cutting back how much carbon monoxide is released.

Pneumonia — a disease often contracted by exposure to smoke, like cooking can give off — also contributes to Malawi's high infant mortality rate.

And other groups are trying to get people in other countries access to these stoves.