French Media Is Rethinking The Way It Reports On Terror 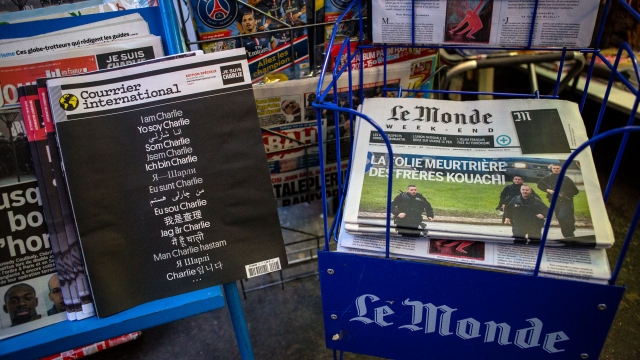 SMS
French Media Is Rethinking The Way It Reports On Terror
By Grant Suneson
By Grant Suneson
July 28, 2016
Many French media outlets are refusing to publish photos and names of the suspects.
SHOW TRANSCRIPT

After a string of deadly terror attacks in Europe, French publications are trying a new strategy they hope will discourage would-be assailants.

Several publications announced they will no longer publish the photos or names of those suspected of committing terrorist attacks.

Many of these declarations are a result of the latest ISIS-inspired attack in France. An elderly priest was killed by knife-wielding attackers during Mass on Tuesday.

The idea is that publishing details about the attackers glorifies them and could inspire similar attacks by vulnerable people.

The idea of "no notoriety" policies is pretty common among media outlets. Research suggests mass killings are contagious, and it's possible media coverage has something to do with it. Many outlets — including Newsy — limit the repetition of suspects' names and photos for this reason.

But there's no consensus on exactly how much information is too much. Radio station Europe 1 will stop publishing names and photographs of terrorism suspects entirely. Newspapers Le Monde and La Croix have only pledged to stop publishing photos of the attackers.

And some outlets have decided not to limit the information they're willing to share. The national public broadcaster France Télévisions will continue to publish names and photos of suspected terrorists.

Its editor-in-chief said: "Our duty is to inform, it's the right of citizens to be informed. And we must resist this race towards self-censorship and grand declarations of intention."

Since 2015, dozens of people in France have been killed in attacks, including those at satirical magazine Charlie Hebdo, at a Paris concert hall and at Bastille Day celebrations in Nice.

We still don't know exactly what effect media coverage has in influencing terrorist attacks, but the string of violence in France has outlets desperate to try something to stem the tide.

This video includes clips from France 24, Europe 1 and ABC and images from Getty Images.