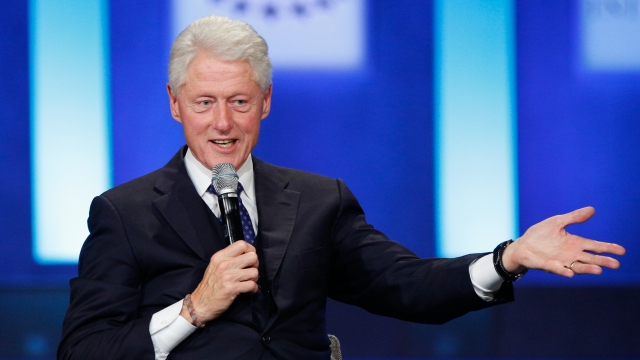 A former Arkansas TV reporter has come out with new sexual assault allegations against Bill Clinton.

In an interview with Breitbart, Leslie Millwee says the then-governor of Arkansas assaulted her on three different occassions.

Millwee, who was reporting under the name Leslie Derrick at the time, says all three assaults happened inside an editing room at her TV station, KLMN, which has since shuttered.

This is not the first allegation against the former president. In 1999, Juanita Broaddrick accused Bill Clinton of raping her in 1978. He has denied the accusation and was never charged.

Broaddrick was one of four accusers to take part in a press conference with Republican presidential candidate Donald Trump before the second presidential debate.

This latest accusation comes just hours before the final debate between Trump and Hillary Clinton. As of Wednesday afternoon, the Clinton campaign had not responded to the allegations.