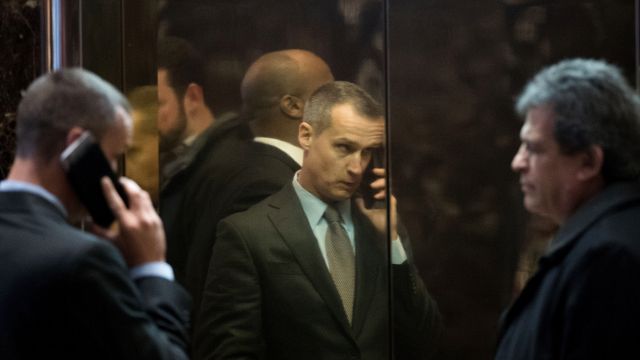 It's been a little over a month since Corey Lewandowski last received a payment from Donald Trump. Apparently, that's long enough for him.

Trump's former campaign manager has reportedly left his job as a political commentator on CNN — almost immediately after he was spotted visiting Trump Tower.

CNN hired Lewandowski just days after he was fired from the campaign in June. Lewandowski reportedly stayed in close contact with the Trump campaign and continued to receive severance payments for several months while on CNN's payroll.

Lewandowski's name has been floated for a possible role in Trump's administration — The New York Times speculates he could become Trump's chief of staff.

But things might not be that easy for the prodigal son. Trump's children feuded with Lewandowski before he left the campaign, and they've just been named part of the transition team that will hand out Cabinet appointments.