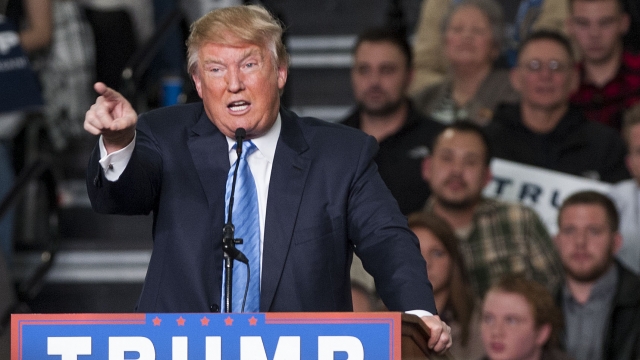 The evening before the Iowa caucus, Donald Trump is facing a discrimination lawsuit by a former member of his campaign. (Video via Donald J. Trump for President, Inc.)

Elizabeth Mae Davidson was Trump's field organizer in Davenport, Iowa, but she was fired on Jan. 14 for allegedly making disparaging comments about campaign management, which she denies.

Davidson claims only male staffers with the same title were allowed to speak at rallies and that men were paid up to twice as much as women for the same work.

Davidson, who posed with Trump for a photo in 2015, also said the GOP candidate made comments to her and another female staffer about their looks, saying, "You guys could do a lot of damage."

Trump denied making the comment, telling The New York Times, "That is not the worst thing that could be said. But I never said it. It's not in my vocabulary."

The Times reports Trump didn't address the other allegations, but said he had been told that she was a disgruntled employee and added, "My people tell me she did a terrible job."

Trump went on to chastise the Times for reporting on the complaint the day before the Iowa caucus, saying, "A story like this could damage my chances."