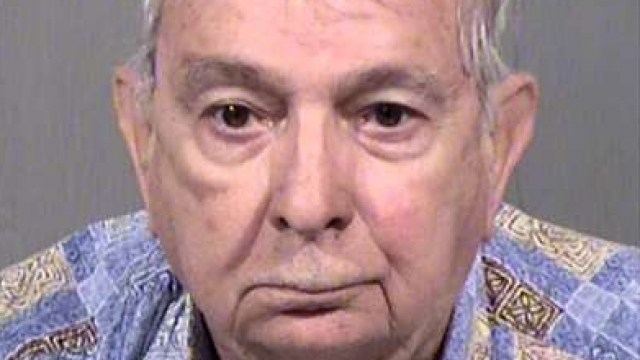 SMS
Former Priest Arrested In Connection With 1960 Murder Case
By Matt Moreno
By Matt Moreno
February 10, 2016
Ex-priest John Feit was arrested Tuesday in connection with the 1960 murder of a second-grade teacher.
SHOW TRANSCRIPT

Police have finally made an arrest in connection to a murder case more than 55 years old.

Former priest John Feit was arrested Tuesday night outside his Scottsdale, Arizona, apartment in connection to the 1960 murder of second-grade schoolteacher Irene Garza.

As Newsy's partners at KNXV discovered, neighbors were shocked by 83-year-old Feit's arrest. He was living in a retirement community with his wife.

"A cold case? The man in the walker? Are you serious?" one neighbor asked.

Feit had long been considered by authorities as a person of interest in the case but was never charged in Garza's murder until Tuesday. Authorities say Garza, who was 25 years old at the time, went to confession with Feit but never returned home.

She was later found dead in an irrigation ditch a few miles away from the church where Feit served as priest. Authorities believe he was the last person to see her alive.

"I am not the man who killed Irene Garza," Feit said.

Feit had always denied his involvement, and the case went cold until 2002 when a priest who worked with him came forward.

CNN's Gary Tuchman asked, "Even though John Feit knew she was dead?"

Feit was arrested by the Maricopa County Sheriff's Office and is expected to be extradited to Texas.

This video includes an image from the Maricopa County Sheriff's Office.