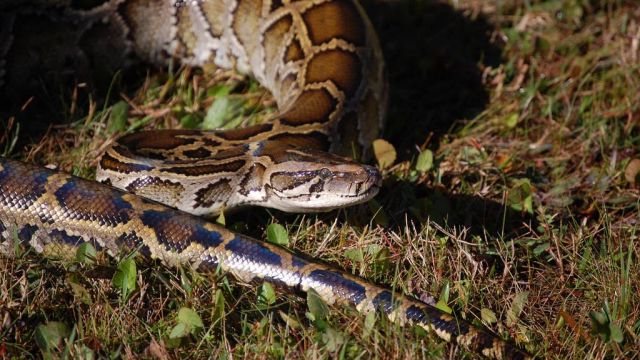 The monthlong competition drew more than 1,000 hunters to wrangle the invasive snakes from the national park in southern Florida. The longest reptile measured 15 feet long.

Florida Fish and Wildlife started the challenge, equipped with its own hashtag, to combat the rampant python problem that harms native animals.

Burmese pythons are an invasive species to Florida. And once they grow larger than 10 feet long, having humans hunt them is the best method of controlling the snake population.

Experts think a lot of pythons found on the loose actually start as pets. Once they grow, owners have been known to dump them wherever they think makes sense, like the Everglades.

The last time hunters set out to capture snakes as part of a competition was in 2013, but they only caught 68. Part of the reason for this increase could be because the hunters had the option of boxing up the snakes and dropping them off at checkpoints instead of killing them.

Hunters competed in teams and individually for cash prizes. This year, the winning team caught 33 pythons and won $5,000.

This video includes images from Getty Images, clips from WFTX, and images and clips from Florida Fish and Wildlife Conservation Commission.