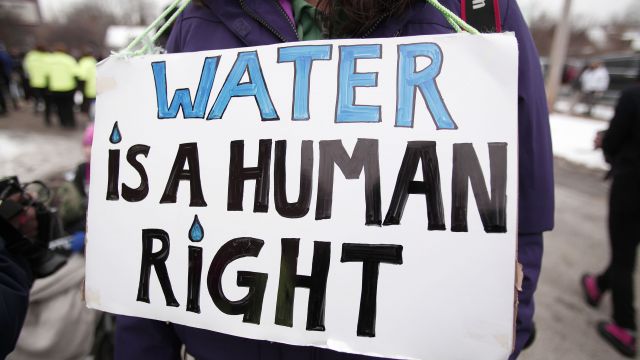 Congress has just a handful of days left to avoid a government shutdown, but that didn't stop the Senate from sinking yet another attempt to keep the lights on.

This time, Senate Democrats blocked a stopgap funding measure, demanding federal funds to address the water crisis in Flint, Michigan, be tacked onto that bill.

SEE MORE: Congress Might Be Able To Override An Obama Veto For The First Time

The Senate already tucked $220 million for Flint into a $9 billion water infrastructure bill, but that's been held up in the House. And Democrats don't trust Republicans to keep the $220 million in whatever version of the bill the House ends up passing.

Previous spending measures have fallen victim to partisan hangups over funding to combat the Zika virus and lack of funding for Planned Parenthood, among other things.

It wasn't supposed to be this way. The Republican Congressional leadership started off the fiscal year by promising to return "regular order" to the appropriations process — that is, passing distinct, separate spending bills for each section of government.

Instead, Congress is going to have to cram all of its funding into one massive compromise bill — and even that's a long ways off. The resolution rejected Tuesday would only maintain current funding levels until Dec. 9.