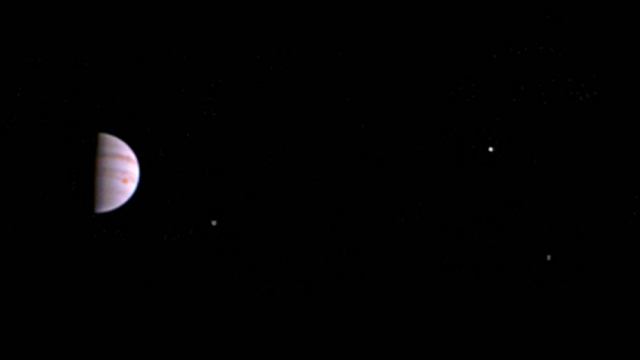 You're looking at Jupiter in the first in-orbit photo sent from NASA's Juno.

The mission's goals include learning how Jupiter came to be and how it has changed, as well as finding a solid core and mapping the planet's magnetic field.

According to researchers, the photo is a good sign because it means Juno likely hasn't degraded.

At least not yet. Jupiter's intense radiation is expected to damage and could eventually disable the probe.

And we can expect more photos. The researchers say JunoCam will take its first high-resolution photo Aug. 27.