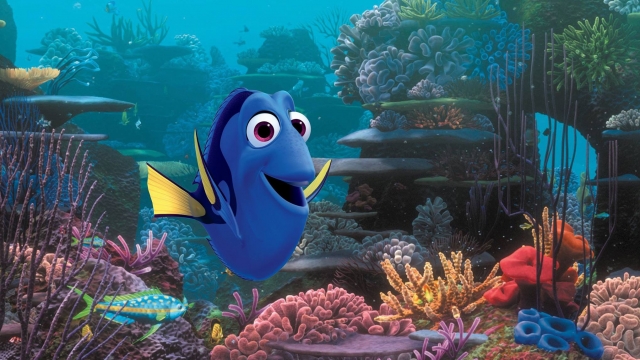 SMS
'Finding Dory' Might Be Bad For Ocean Life
By Ben Lawson
By Ben Lawson
June 9, 2016
People who want to own the real fish from "Finding Dory" could end up harming wild populations.
SHOW TRANSCRIPT

Movies about animals — whether they're fish, puppies or Teenage Mutant Ninja Turtles — can sometimes lead to unintended consequences for their real-life counterparts.

Ahead of the release of "Finding Dory," Ellen DeGeneres has sent a message urging Australians to help protect the Great Barrier Reef.

"As you know, I'm a big fan of your beautiful, great, wonderful Great Barrier Reef, which is home to my favorite fish, Dory. ... It's critical that we protect this amazing place, and we'd like your help," Ellen said.

The message goes along with a wider campaign that provides educational materials on the reef and the fish that live there to raise awareness about the reef's decline.

But the release of the movie itself brings its own potential threat to the ocean's wildlife.

When "Finding Nemo" was released in 2003, demand increased for clownfish as aquarium pets. The fish can actually be bred in captivity, which likely took some pressure off of the wild population.

But the blue tang, which is the type of fish Dory is, can't be bred in captivity. Experts are worried the new movie will spur collectors to snatch huge numbers of the fish from the wild.

And this isn't a problem unique to the "Finding Nemo" franchise.

After the release of "101 Dalmatians," animal shelters said they saw a 300 percent increase in dalmatians in their kennels.

According to the shelters, the dogs were often returned — and in some cases euthanized — because people didn't realize how demanding it could be to care for the breed.

Something similar happened with owls after the "Harry Potter" franchise took off.

And there was an increase in demand for turtles in Canada after the release of "Teenage Mutant Ninja Turtles" in 2014. Officials warned the animals might be smuggled into the country illegally.

So instead of "fish are friends not food," maybe the message from "Finding Dory" should be to do your research before adopting any pets.