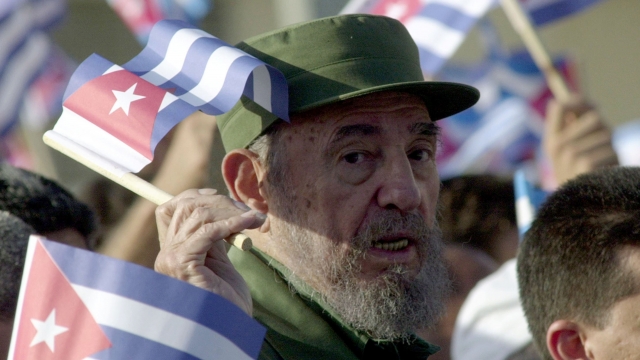 By Ryan Biek
March 28, 2016
Former Cuban President Fidel Castro wrote, "We don't need the empire to give us anything."
SHOW TRANSCRIPT

Raúl Castro welcomed President Obama into his country last week. The same can't be said for the Cuban president's brother.

Former President Fidel Castro wrote to "Brother Obama," as he called him, saying, "We don't need the empire to give us anything."

In what's been called a "rambling" column, he rejected the fence-mending tone Obama adopted during his official visit.

Fidel's letter brought to the spotlight the U.S. trade embargo against Cuba and the two nations' spotty history.

It also seemed to denounce growing business ties between the U.S. and Cuba, saying, "We are capable of producing the food and material riches we need with the efforts and intelligence of our people."

Most Cubans earn about $20 a month, but Raúl Castro has been loosening the state-controlled monopoly over Cuba's economy. That may give Cubans more opportunities to make more money.

As far as we know, Obama did not meet with Fidel Castro during his trip, although he met with Raúl Castro several times.

But Raúl Castro may have been less happy with Obama as well after the American president questioned him about political prisoners during a press conference aired on Cuban state television.

This video includes clips from ABC, BBC, CBS and Al Jazeera and images from Getty Images.