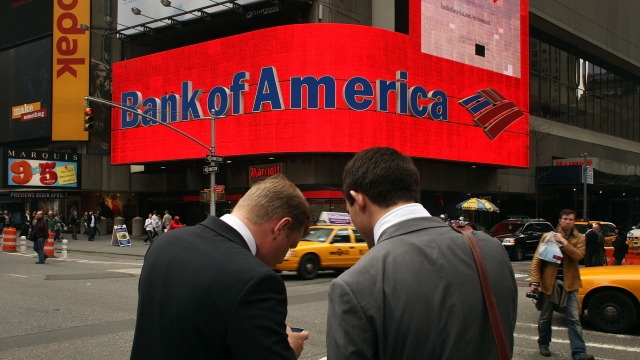 SMS
Female Exec Says Bank Of America 'Bros Club' Cost Her Over $8 Million
By Grant Suneson
By Grant Suneson
May 17, 2016
A managing director at Bank of America says she was excluded from company events and drastically underpaid because she's a woman.
SHOW TRANSCRIPT

Bank of America is being sued by an executive who described the bank as a "bros club" and said she was treated and paid unfairly.

Megan Messina, a managing director at the bank, said in her lawsuit she received a bonus of $1.55 million while her male counterpart received $5.5 million despite doing the same work.

And Messina says she wasn't the only victim of gender discrimination. A male executive allegedly told her that a female trader at Bank of America also got a smaller bonus because of the "maternity leave discount."

Not only that, but Messina said her co-workers intentionally deceived clients about trades. When she brought up the issues to her bosses, she said they tried to force her out. She's currently on administrative leave.

Her lawsuit alleges she was underpaid by more than $8 million since she began working at the company in 2007. A Bank of America spokesman said it would thoroughly investigate Messina's claims.

This video includes clips from Bank of America and images from Getty Images.