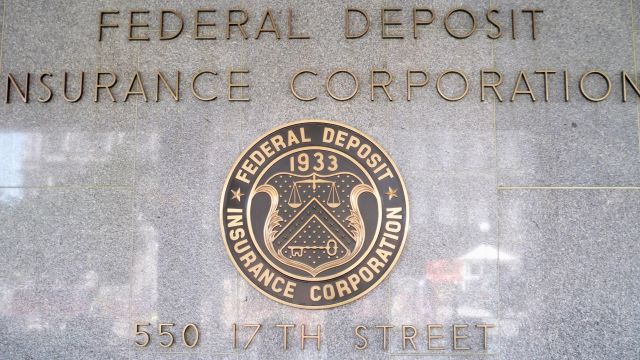 SMS
Major Banks Don't Have Solid Plans In Case Of Another Financial Crisis
By Matt Picht
By Matt Picht
April 13, 2016
Federal regulators say five major banks have inadequate plans for filing for bankruptcy, meaning they might need bailing out again in case of crisis.
SHOW TRANSCRIPT

According to federal regulators, several big financial institutions don't have credible plans for safely filing bankruptcy — meaning they might have to get bailed out again if another big financial crash happens.

The Federal Deposit Insurance Corporation and the Federal Reserve both judged the bankruptcy plans for eight of the U.S.'s largest banks. Both agencies unanimously flunked five of the banks, with split decisions on two others; only one bank got a passing grade.

These bankruptcy plans, commonly known as "living wills," are a requirement of 2010's Dodd-Frank financial reform act. They're nominally meant to provide a blueprint to dissolve these institutions in a crisis; but they're also a way to keep the banks from relying too heavily on risky practices.

All eight banks are getting feedback from the regulators on how to fix the deficiencies in their plans. The five banks who failed the worst have until Oct. 1 to implement these suggestions or face stiffer regulations.