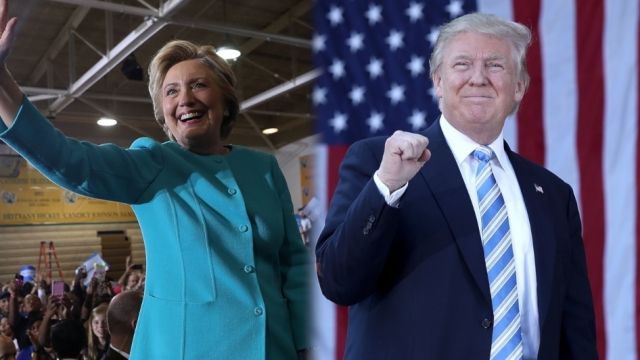 Federal employees have apparently been donating a lot more money to Hillary Clinton than Donald Trump.

The Hill reports that as of the end of September, 95 percent of the $2 million in donations employees gave to the presidential candidates went to Clinton.

SEE MORE: Polls Aside, Voters Aren't Sure What To Expect On Election Day

In terms of dollar amount, Clinton received over $1.85 million in donations from federal employees, while Trump received just more than $106,500.

The paper analyzed presidential campaign contributions from employees who work for 14 government agencies.

It may not come as a surprise that the former Secretary of State received over 99 percent of the presidential contributions State Department employees gave.

Trump has been critical of Clinton's handling of the 2012 Benghazi terrorist attack that claimed the lives of two of the department's employees as well as two contractors.

SEE MORE: Coming Soon To An AMC Theater Near You: Election Night Coverage

Interestingly, 97 percent of Justice Department employees who made presidential campaign contributions gave to Clinton. This summer, the department wrapped up its investigation into Clinton's use of a private email server during her time as Secretary of State.

Trump did a little bit better with Defense Department employees. He got 16 percent of their contributions — but Clinton got the other 84 percent.

The Hill compared its breakdown of federal employee contributions to those made in 2012.

Under the Hatch Act, federal employees can't participate in political activities while on duty.