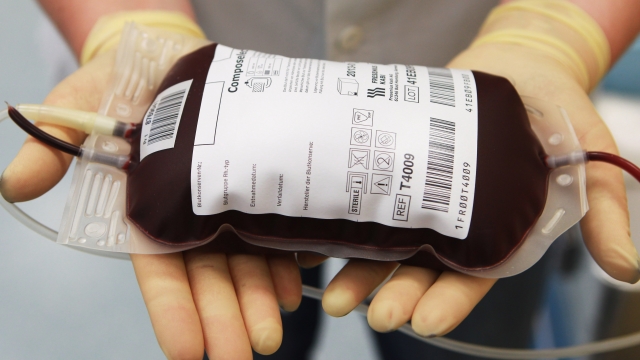 SMS
The FDA Is Now Recommending Zika Screening For All US Blood Donations
By Briana Koeneman
By Briana Koeneman
August 26, 2016
Previously, it only advised screening in areas with active Zika transmission, like parts of Florida and throughout Puerto Rico.
SHOW TRANSCRIPT

The Food and Drug Administration now recommends that all blood donations in the U.S. be screened for the Zika virus.

The FDA previously advised screening only in areas with active Zika transmission, like parts of Florida and throughout Puerto Rico.

But the agency's acting chief scientist said in a statement Friday, "As new scientific and epidemiological information regarding Zika virus has become available, it's clear that additional precautionary measures are necessary."

Blood centers already test for other bloodborne viruses, such as HIV and hepatitis.

The FDA urged centers in 11 states to start following the new recommendations as soon as possible and no later than four weeks after the announcement.

These states are in close proximity to places where Zika is actively spreading or where there's been a significant number of cases contracted through travel or sexual contact.

FDA officials say blood collection sites in Puerto Rico and parts of Florida are already testing for Zika. Several blood centers have started screening for the virus voluntarily, including several in Texas.