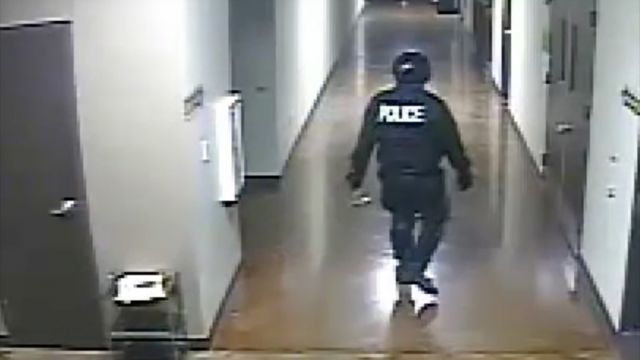 SMS
Family Of Slain Texas Woman Says Bloody Shirt Isn't Related To Killing
By Matt Picht
By Matt Picht
April 28, 2016
Randy Bevers says the shirt he dropped off at the dry cleaners was stained with a pet's blood and isn't connected to his daughter-in-law's death.
SHOW TRANSCRIPT

The father-in-law of slain Texas woman Terri "Missy" Bevers dropped off a bloody shirt at the dry cleaners Wednesday. But he says the shirt isn't connected to the case and that the bloodstains came from an animal.

"Carrying the dog from the house to the veterinarian clinic, and it's bloody," Randy Bevers said to the press.

According to Randy Bevers, the blood on the shirt came from a pet chihuahua that was fatally injured in a fight with another dog. Missy's husband, Brandon Bevers, says the shirt is a nonissue in the case but commended the cleaners for alerting the police to it.

Missy Bevers was killed in the early morning of April 18 while preparing to teach a fitness course at Creekside Church. Police have released surveillance footage of the suspected killer, who apparently broke into the church dressed in security gear.

Authorities are still searching for a suspect in the killing, and a $10,000 reward has been offered for information leading to that person's arrest.