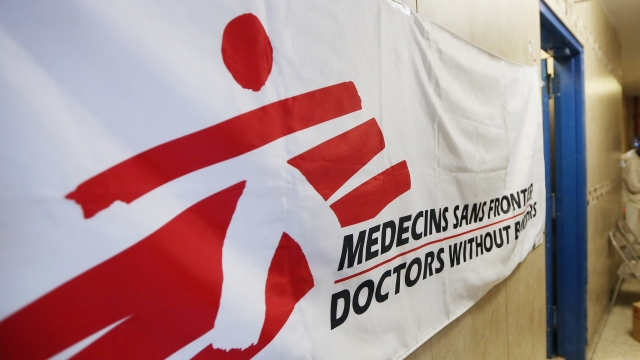 The parents of an American woman who was killed in ISIS captivity last year are calling out the international medical charity Doctors Without Borders, saying the organization refused to help negotiate for their daughter's release.

Kayla Mueller was abducted by ISIS in 2013 while traveling in Aleppo, Syria. Her parents unsuccessfully attempted to negotiate with her captors until Mueller was killed in an airstrike in February 2015.

Mueller wasn't working for Doctors Without Borders at the time, but she was traveling with a technician hired by the group to fix their communication equipment. Mueller's parents told ABC  the organization didn't do enough to try to free their daughter.

Carl Mueller, Kayla's father, told ABC's Brian Ross, "They were instructed by the hostage takers: negotiate for this woman."

Ross said, "And they did not."

Mueller replied, "They did nothing."

The Muellers claim Doctors Without Borders stonewalled them when they reached out for help. In one instance, the group didn't immediately pass on an ISIS email address meant to be given to the Muellers.

Doctors Without Borders has released a statement in its defense, noting Mueller wasn't an employee of the group and wouldn't have been let into Syria if she had been. It also defended its policy of refusing to negotiate for the release of nonemployees.

The group, which uses their French acronym MSF, said in its statement, "If MSF were generally considered by would-be abductors to be a negotiator of release for non-MSF staff, there is no doubt that this would increase the risk levels in many locations, put our field staff, medical projects, and patients in danger, and possibly force us to close projects where needs are often acute."