Facebook Is Fully Capable Of Inserting Bias Into Your Feed 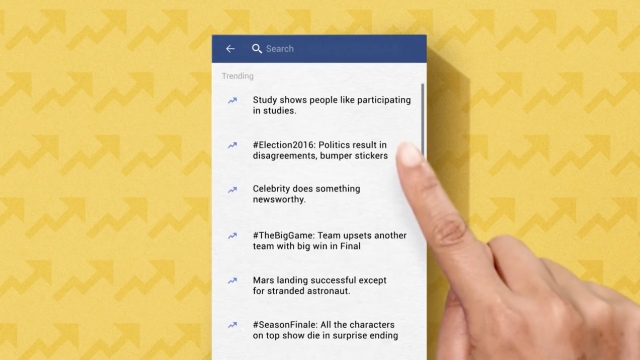 SMS
Facebook Is Fully Capable Of Inserting Bias Into Your Feed
By Leah Becerra
By Leah Becerra
May 11, 2016
Facebook says it didn't suppress conservative news outlets, but if it wanted to, it absolutely could.
SHOW TRANSCRIPT

Facebook says its "news curators" didn't suppress conservative news outlets in its trending news module, even though it totally could have.

On Monday, Gizmodo cited anonymous sources claiming to be former Facebook contractors who said they routinely weeded out news from conservative sites while moderating the "Trending News" section. Naturally, Facebook denies the accusation.

The man in charge of Facebook's trending topics team explained that after an algorithm picks out popular topics for the module, humans audit the results. During that review process, bias could easily seep into what's considered "top news."

The top news module is small, though, and only seen on mobile if you search. What would be more concerning is if Facebook used personal bias to curate users' main news feeds — which could absolutely happen.

Not so long ago, in 2014, we found out Facebook did tweak the news feed — or at least it let researchers experiment with the feed.

In the study's backlash, Facebook maintained it had every right to conduct the research. After all, users agree to terms of service when they sign up for the site — and those terms say it's OK.

That older manipulation of the news feed and this new allegation about the top news module should serve as reminders that social media sites can ultimately control what you see on their sites.

If you're still not convinced, just remember: Every time you log in, you could potentially see about 1,500 posts in your news feed. Thanks to Facebook's algorithm, you only end up seeing about 300 posts (or less). And that filtering happens every day.

This video includes an image and clips from Facebook.