Explosion And Machete Attack Continue String Of Violence In Germany 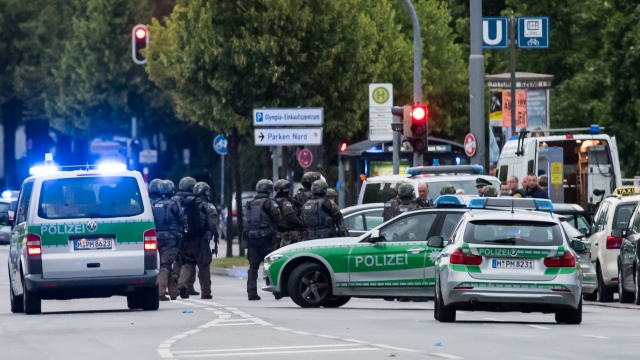 SMS
Explosion And Machete Attack Continue String Of Violence In Germany
By Grant Suneson
By Grant Suneson
July 24, 2016
Two more high-profile attacks occurred in Germany on Sunday. A deliberate explosion injured at least 10, and a woman was killed by a machete.
SHOW TRANSCRIPT

At least 10 people were injured by a deliberate explosion in the city of Ansbach. Police believe the only person who died was responsible for the blast.

Details are still coming in, but officials say the attacker was a 27-year-old man from Syria who was denied asylum in Germany.

Earlier in the day, police say a Syrian refugee killed a woman and injured two other people with a machete. Officials said the attacker and the victim were co-workers and called the incident a "crime of passion."

The attacks come on the heels of a bloody week for the country. A gunman killed nine people and injured 10 more at a mall in Munich before taking his own life.

Police are unsure of the motive for the shooting but did say the gunman suffered from mental illness and had no known links to terror groups.

Before that, a 17-year-old Afghan refugee armed with a knife and ax injured several people on a commuter train near the southern city of Würzburg. The teen was shot and killed by police. ISIS claimed responsibility for the attack.

This video includes images from Getty Images and clips from RT Deutsch, Al Jazeera and BBC.