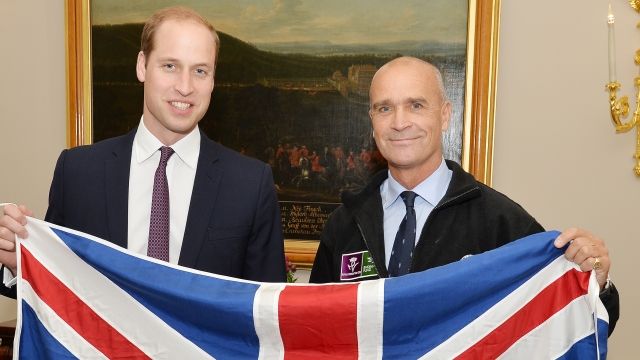 Worsley's camp made the announcement on his expedition's website Monday, saying the explorer died Sunday at a hospital in Punta Arenas, Chile.

Worsley was flown to the hospital shortly after announcing the end of his journey on Friday.

"My journey is at an end. I have run out of time, physical endurance, and simple sheer ability to slide one ski in front of the other," Worsley said in an audio clip posted to SoundCloud.

After being rescued, Worsley was reportedly hospitalized for peritonitis — inflammation of a membrane in the abdomen. He also suffered from exhaustion and dehydration, the BBC reports.

Worsley was attempting to make the same crossing his hero, explorer Sir Ernest Shackleton, attempted — but also failed to complete — in 1915.