For Your Heart's Sake, Maybe Stay Away From The Gym When You're Angry 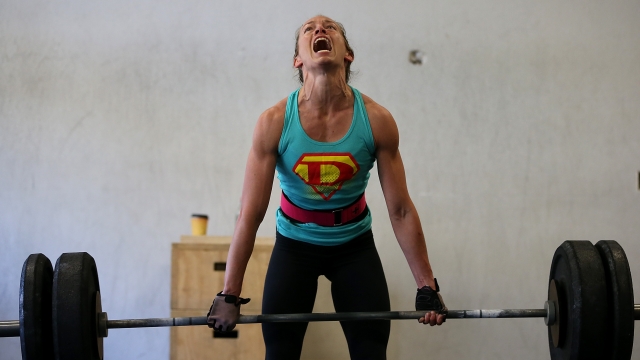 SMS
For Your Heart's Sake, Maybe Stay Away From The Gym When You're Angry
By Ryan Biek
By Ryan Biek
October 11, 2016
Exercising while angry triples the risk of a heart attack, according to a new study.
SHOW TRANSCRIPT

Next time you need to blow off some steam, maybe skip the boxing and stick to yoga.

A new study found exercising while angry triples your risk of a heart attack within an hour.

On their own, just being angry or exercising in a neutral state doubles your risk of a heart attack.

Out of all the heart attack cases studied, 14 percent of the victims had been angry during the hour before, and 14 percent had been exercising within that time frame.

So it makes sense that when you combine anger and exercise, the risk of a heart attack is compounded.

Besides affecting physical risk factors, like blood pressure, the researchers hinted that exercising while angry could cause you to push yourself too hard during a workout.

The study was one of the broadest yet on the subject, with thousands of participants around the world.

Previous studies had found similar results, but often just looked at people from one country –– often a Western one. The latest study looked at 12, 461 cases of acute myocardial infarctions from 52 countries.

However, the average age of participants was 58, so if you're a young gun, you're probably not in as much danger of your heart stopping.

But even with a little extra risk, the researchers aren't saying not to exercise when you're calm. Regular physical activity has way more pros than cons.

But if you're already at risk of a heart attack, a spokesman for the American Heart Association suggests talking with friends to reduce your anger instead of taking your frustrations out on some weights.