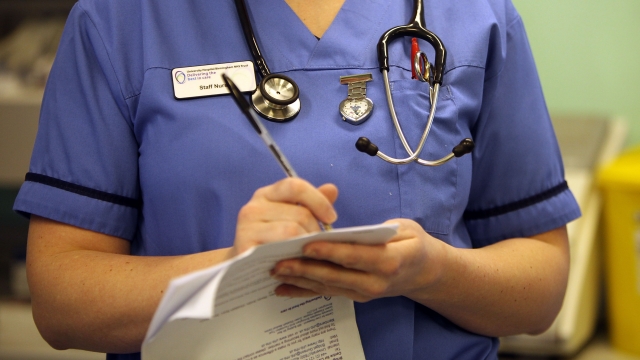 SMS
Euthanasia's Popularity Rises Among Netherlands' Psychiatric Patients
By Ben Lawson
By Ben Lawson
May 12, 2016
In 2015, four times as many patients with mental illnesses were euthanized in the Netherlands than in 2011.
SHOW TRANSCRIPT

The number of mental health patients who have died by euthanasia in the Netherlands has quadrupled in the past four years.

Euthanasia is when a physician administers a fatal dose of a drug at the patient's request to end suffering when there is no hope for recovery.

Government statistics show 13 people with psychiatric disorders were administered a lethal injection in 2011. The number went up to 56 in 2015 — a 330 percent increase.

The number of dementia patients who were euthanized saw a sharp increase as well, with 35 percent more cases reported in 2015 than 2014.

Euthanasia policies in the Netherlands have stirred debate ever since they were passed in 2002.

A spokesman for the Disabilities Rights Group told the Catholic Herald, "Here we have vulnerable people who are already terribly damaged and saddened by their life experiences only to discover that their struggle to make sense of life can be met by an opportunity to exit it by callous means."

But those in favor of euthanasia argue it's misunderstood. One Dutch psychiatrist told The Telegraph, "Euthanasia is a good death by the wish of the person who dies and no-one else."

There were more than 5,500 reports of euthanasia in the Netherlands last year.