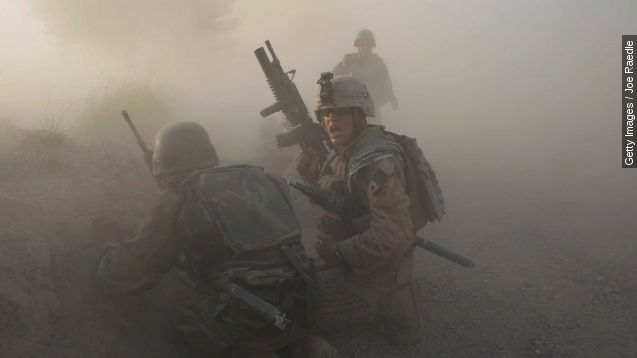 The mental scars many soldiers bring back from war might have a lot to do with how the enemy fights.

A joint study by researchers with the Department of Veterans Affairs and Boston University School of Medicine identified three separate phases of the Iraq War based on past reports.

They found male veterans who fought in the phase marked by enemy guerrilla combat tactics were almost twice as likely to be diagnosed with post-traumatic stress disorder than those involved in the other two phases. (Video via U.S. Army)

In the other two phases of the war, enemy combatants used similar tactics as the U.S. military. But the guerrilla tactics phase was characterized by surprise attacks and bombings. (Video via U.S. Army)

Researchers found that phase didn't lead to increased PTSD rates for female veterans, although it's not exactly clear why. Previous research reportedly shows women might have a different set of risk factors for PTSD. (Video via U.S. Army)

But because the U.S. military's budget towers over most established countries, American forces might be increasingly unlikely to face an enemy that shares its tactics. (Video via U.S. Navy)

The issue could extend beyond the military to terrorist attacks on home soil.

The U.S. Department of Veterans Affairs reports one to two months after the 9/11 attacks, 11 percent of New York City residents suffered from PTSD.