Outside The White House, Fear (And Some Hope) After Trump's Win 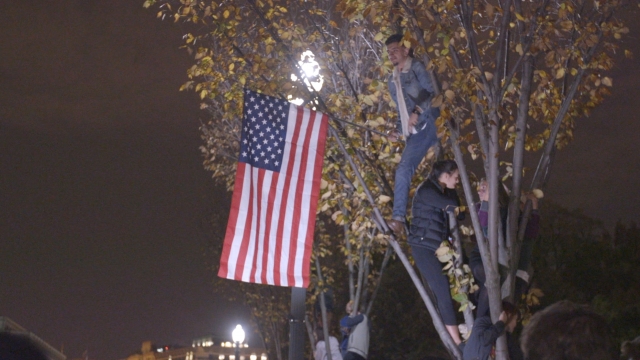 Donald Trump was elected president on Nov. 8. In Washington, D.C., Newsy talked to protesters and supporters who converged at the White House.

Here's what some of them had to say.

"I honestly don't know what the next step is. Personally, I'm confused. I have no idea, to be honest."

"[Trump's] going against the party line. He's not a puppet by the Republican establishment. He's going with what the people want."

"We need to rebuild the parties. And I'll be honest, I have no clue how to do that. The biggest problem we have right now is being a Democrat is so far removed from being a Republican, and you can't agree on anything."

"As long as we can come together as a group — and that's where my big picture is."