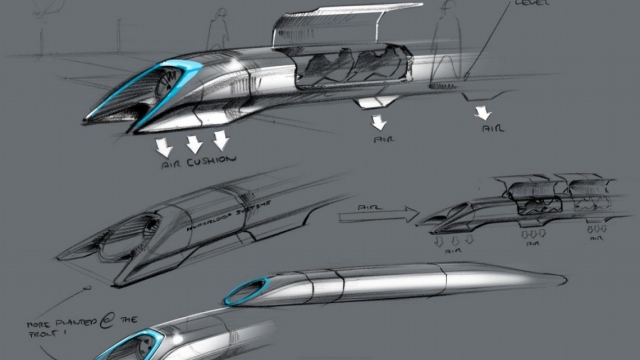 Infrastructure group AECOM will provide the first prototype tube in spring 2016 alongside SpaceX headquarters in Hawthorne, California. (Video via AECOM)

But let's back up for a minute. What the heck is hyperloop again?

"A concorde and a railgun?" Walt Mossberg asked.

"It's a cross between a concorde, a railgun and an air hockey table," Elon Musk said. (Video via The Wall Street Journal)

It's Elon Musk's vision for a people-mover that links cities like Los Angeles and San Francisco. The concorde bit — a reference to the supersonic jet — comes from the proposed high speed of the passenger capsules — 760 mph. And the railgun bit comes from the linear accelerators that get them going that fast.

For reference, Mach 1 at Earth sea level is 761 mph. When your vehicle gets going that fast, you start to risk triggering sonic booms as it pushes against the air. (Video via Leona A / CC BY 3.0, NASA)

Luckily, Hyperloop capsules would stay just a few miles an hour short of the speed of sound and ride in a low-pressure tube the whole way — the bit about the air hockey table.

The tube sits on pylons, like a monorail. It's held at roughly 1/1000th the pressure of the outside air. Each capsule uses air bearings that suspend it between .02 and .05 inches from the tube surface.

AECOM's test version will be a 6-foot-diameter steel tube, nearly a mile long. A SpaceX contest will fill it with various pods from university design entries until something sticks — or floats. (Video via SpaceX)

Teams will attend a design weekend on Jan. 29 in Texas; proving-ground tests will start in summer 2016.