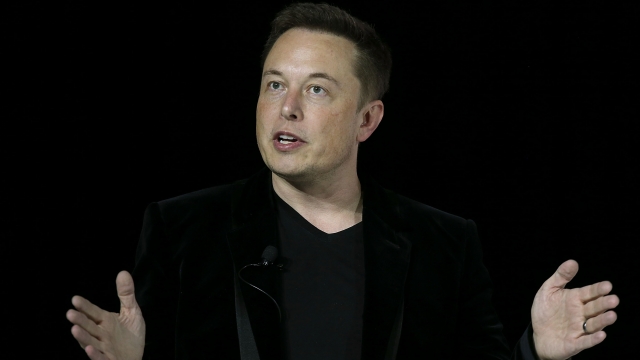 Elon Musk seems to think there's a one in several billions chance the world we live in isn't really a "Sims" game.

The founder of Tesla spoke Wednesday about the "simulation hypothesis," which argues we are all living in an artificial version of the universe created by an advanced civilization.

Musk said to think about how basic the video game "Pong" was just 40 years ago.

"Now, 40 years later, we have photo-realistic, 3-D simulations with millions of people playing simultaneously, and it's getting better every year. ... If you assume any rate of improvement at all, then the games will become indistinguishable from reality," Musk said.

And if virtual reality seems realistic at all now, Musk says to think how perfect it could seem 10,000 years from now. It might seem like a long time, but it's really just a "blink of an eye" in terms of how old our universe is believed to be.

Sound familiar at all?

As a character from "The Matrix" said: "The world as it was at the end of the 20th century. It exists now only as part of a neural-interactive simulation that we call the Matrix."

Hollywood blockbusters aside, scientists have been toying with this idea for years. Past mathematical formulas have shown there's likely either an overwhelming probability we're living in a simulation, or there's practically no chance of it.

It's been argued for the theory to be true that machines would have to become conscious — to improve themselves and run the simulation. The scientific community seems divided on this, too, with some thinking we'll have that kind of tech in the near future and some thinking it'll forever be impossible.

Could we actually prove we are or are not living in a simulation?

To keep the video game analogy going, occasionally they glitch. Some physicists have argued a simulated universe may do the same, but to us it would be seen as changes to the laws of nature. And just like a video game, these breaks from the laws would quickly be fixed by the creator.