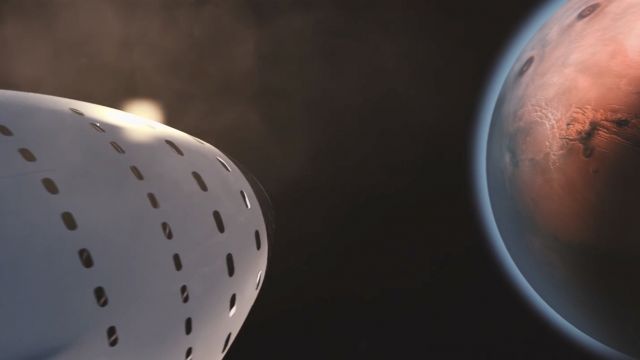 Elon Musk just announced plans for vehicles that could take us to Mars.

The Interplanetary Transport System is a set of giant rockets designed to haul astronauts to Mars in relative comfort. Each stage of the rocket will land like SpaceX's Falcon boosters: right on its engines.

SpaceX will need a ship like this if it's serious about getting lots of people to the red planet. Its Dragon capsules can make the trip, but Musk says they're about as roomy as an SUV. Not exactly comfortable for a jaunt to the next planet over.

The company is planning a test mission with one of those Dragon capsules in 2018. Musk says flight testing for the Interplanetary Transport System could start as soon as 2020.