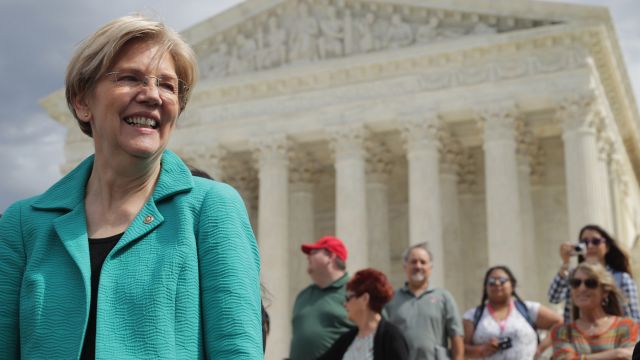 But if he were, Elizabeth Warren would've reportedly been his pick for vice president.

According to Politico, the Massachusetts senator was Biden's top choice "from the start" when he was considering running for president. Biden, however, decided in October not to enter the race.

But Warren still has a chance to become the first female VP, as many have pegged her as a top choice for Democratic front-runner Hillary Clinton's campaign.

Her name has also been mentioned as a potential pick for Bernie Sanders' campaign should he pull off a victory. Politico's report says Biden, too, believes she'd be the best choice for the job.

And she has responded with a few Twitter jabs of her own.

Warren has so far not ruled out the possibility of accepting a vice presidential role should one come her way.

This video includes clips from Senator Elizabeth Warren, Hillary for President and Bernie 2016, and images from Getty Images.