Elizabeth Warren Catches Criticism For Not Endorsing A Candidate 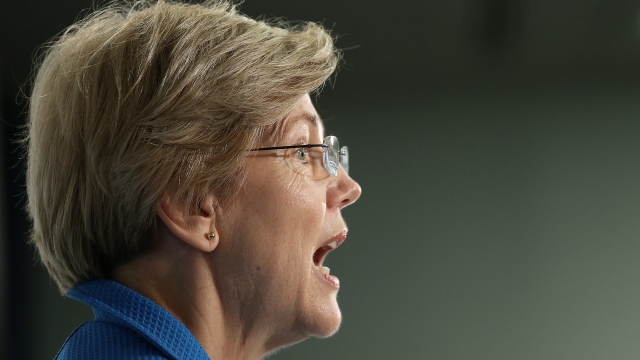 SMS
Elizabeth Warren Catches Criticism For Not Endorsing A Candidate
By Eugene Daniels
By Eugene Daniels
March 3, 2016
The Massachusetts senator's lack of an endorsement of either Clinton or Sanders has caused some backlash after Super Tuesday.
SHOW TRANSCRIPT

Warren is being criticized for not endorsing either Sen. Bernie Sanders or former Secretary of State Hillary Clinton in the Democratic primary race. Her Facebook wall is full of comments like "Thanks for nothing," "I am forever disappointed in you" and "You let us down."

But it's not even just the comments section attacking Warren. A columnist at the Boston Herald put it this way: "[Warren] demonstrated that she's only out for herself. Clearly, her career came before Sanders' 4 million-plus grass-roots supporters she hung out to dry."

Many of the complaints seem to be coming from Sanders supporters, and it makes sense. The race in Massachusetts was very close throughout Super Tuesday, and a Warren endorsement could have really swayed the results. Clinton ended up clinching the victory with 50.1 percent.

Warren is an extremely popular figure in the Democratic party, and the pressure for her to pick Clinton or Sanders probably couldn't be higher or a harder choice for her to make.  Many thought the obvious choice would be Sanders — both of the senators have a very populist message — but Clinton and Warren also tend to agree on topics like helping working families. And Warren is the only female Democratic senator who hasn't endorsed Clinton.

But in a world where Aaron Carter is making news for backing Donald Trump, how important could endorsements actually be? Well, it depends on who you are.

For an underdog like Sanders who trails Clinton by hundreds of delegates, a nod from Warren could help further legitimize the Vermont senator and help provide some serious momentum. For Clinton, the clear front-runner, it would lend more weight to her claim of being a "progressive who gets things done."

To be clear, not everyone is hating on Warren. According to The Hill, "leaders of liberal groups backing Sanders for president say they're not bothered by her neutrality and credit her with helping to move Clinton to the left."

But one thing the pressure and criticism could be showing us? Warren will continue to play a huge role in the Democratic party's future.

This video includes clips from MSNBC, PBS, Office of Elizabeth Warren, Bernie 2016 and Hillary for America, and images from Getty Images.