Elie Wiesel: A Legacy In Quotes 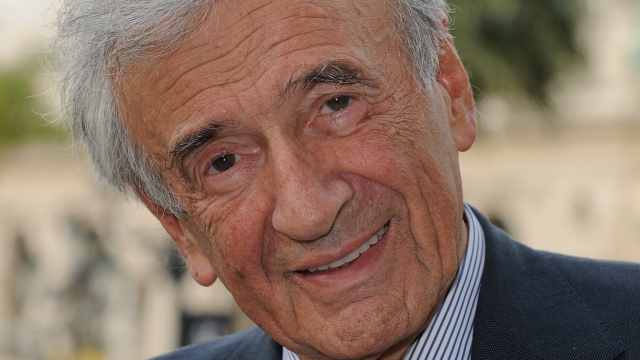 Nobel laureate and Holocaust survivor Elie Wiesel died on Saturday at the age of 87.

He was perhaps best known for his memoir "Night," which recounts his harrowing experience in Nazi concentration camps.

Wiesel was a champion for human rights. He made it his mission to ensure we never forget the atrocities of the Holocaust and never let history repeat itself.

Here are some of his most memorable and powerful quotes:

"If I survived, it must be for some reason: I must do something with my life. It is too serious to play games with anymore because in my place someone else could have been saved. And so I speak for that person. On the other hand, I know I cannot," he told The New York Times in 1981.

"For the survivor who chooses to testify, it is clear: his duty is to bear witness for the dead and for the living. He has no right to deprive future generations of a past that belongs to our collective memory. To forget would be not only dangerous but offensive; to forget the dead would be akin to killing them a second time," he wrote in "Night."

"We must always take sides. Neutrality helps the oppressor, never the victim. Silence encourages the tormentor, never the tormented. Sometimes we must interfere. When human lives are endangered, when human dignity is in jeopardy, national borders and sensitivities become irrelevant," he said in his 1986 Nobel Peace Prize acceptance speech.

"Without hope memory would be morbid and sterile. Without memory hope would be empty of meaning. And above all, empty of gratitude," he said during his Holocaust Days of Remembrance address in 2002.

"There may be times when we are powerless to prevent injustice, but there must never be a time when we fail to protest," he said in his Nobel Peace Prize acceptance speech in 1986.

This video includes clips from NRK, NBC and CNN, and images from Hill and Wang, The U.S. National Archives and Records Administration and Getty Images. Music provided courtesy of APM Music.