Early Voting Numbers Are A Good Sign For Clinton 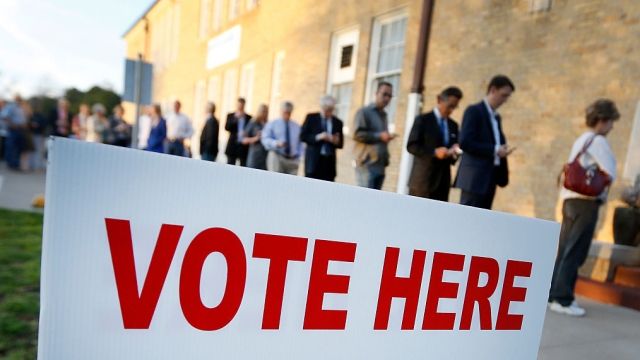 We have less than three weeks until Election Day, but millions of people have already cast their votes.

And according to CNN, early voting statistics in some battleground states are "promising" for Hillary Clinton.

Why? Because Democrats' standing in some battleground states is better than it was at this time in 2012.

The number of Democrats and Republicans who have already voted play into this supposedly "promising" positioning for Clinton.

For example, while the number of Democrats who have already cast their ballots in North Carolina is about the same as it was this time in 2012, the Republicans' numbers are down by about 14,500.

President Obama narrowly lost North Carolina in 2012. The Clinton camp wants to take back the state this time around, which is why she and some of her strongest surrogates — Obama included — have campaigned in the state.

More Democrats than Republicans have voted early in Arizona this time around.

However, more Republicans have requested ballots.

Utah is traditionally a red state. But recent polls show Clinton and Donald Trump in a tight race. Independent candidate Evan McMullin is also polling close to the two candidates.

And in Utah, Democrats have reduced their early voting deficit to Republicans by over 18,000 votes.

But it's not all bad news for Donald Trump.

Republicans in Iowa have a smaller early voting deficit than they did in 2012.

And in Ohio, Republicans' early voting numbers haven't dropped as much as Democrats' have.

So how did they even get these numbers, anyway?

CNN partnered with data company Catalist, which maintains a national database of over 240 million people who are voting age.

According to its website, Catalist works exclusively with progressive organizations.