Are E-Cigarettes Healthier? Depends On Who's Funding The Research 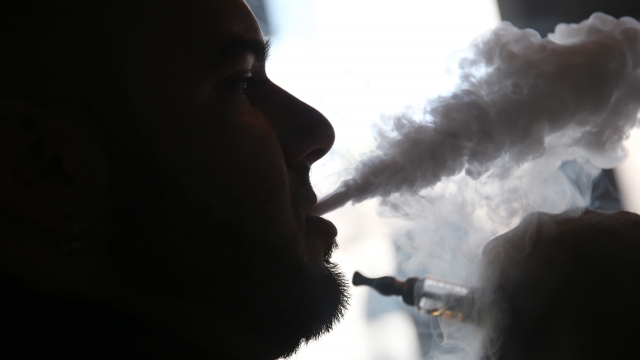 SMS
Are E-Cigarettes Healthier? Depends On Who's Funding The Research
By Ryan Biek
By Ryan Biek
October 9, 2016
A new study found e-cigarettes are less harmful to lungs than regular cigarettes. But its funding is an issue.
SHOW TRANSCRIPT

Is vaping less dangerous than smoking? The research may not be so clear cut.

Take a recent study, which tested both e-cigarette vapor and cigarette smoke on lung cells and found e-cigarettes to be much less harmful.

In fact, e-cigarettes only damaged the cells when vapor levels were unrealistically high. The study argues that a normal amount of e-cigarette use isn't toxic.

Even though the study was peer-reviewed, some are saying people should take the findings with a grain of salt given who funded the research: A tobacco company that's recently started selling e-cigarettes.

For tobacco brands, it makes sense to get into the e-cigarette industry. Current cigarette smokers — and those who've recently quit — have been more likely to try e-cigarettes.

SEE MORE: Smoking Can Cause Damage To Your DNA, Even Years After You Quit

The product's been promoted as a way to help cigarette smokers kick their habit, but much of the research on e-cigarettes' safety has been paid for by members of the industry.

Besides obvious conflicts of interest, many of the studies have focused on individual medical problems, which are then used to argue the safety of e-cigarettes as a whole.

For example, e-cigs might not damage lung cells, but other research has found the vapor damages DNA, leading to cancer.

While e-cigarettes may reduce some health risks compared to regular cigs, such as lung damage, vaping my actually introduce new health problems.

And compared to regular cigarette smokers, e-cig users have been shown to be at a greater risk for infections and mental illness.

Now is a crucial time for public opinion, though. Americans have been pretty split 50-50 on whether e-cigarettes are safer or more dangerous than regular cigarettes.